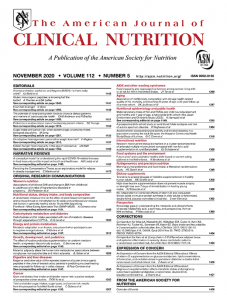 There is considerable interest in the association between intake of nutrients involved in the one-carbon metabolism pathway and DNA methylation (1, 2) because it is a plausible mechanism by which these nutrients may be associated with risk of disease. In a recent article published in the Journal, Mandaviya et al. (3) reported that DNA methylation in peripheral blood samples was associated with intakes of folate and vitamin B-12 at several genetic loci, and cautiously noted that replication of their findings would be necessary before definitive conclusions could be drawn.

We recently published in the Journal a study with similar aims (4), in fact to our knowledge the first large-scale genome-wide association study of DNA methylation in peripheral blood and dietary intakes of folate, vitamin B-12, riboflavin, vitamin B-6, methionine, choline, and betaine. All nutrient intakes were calculated using a validated 121-item FFQ and we employed methods similar to those of Mandaviya et al. to assess their association with DNA methylation in peripheral blood measured using the Illumina HM450K array. We included in the analysis 5186 participants in the Melbourne Collaborative Cohort Study (MCCS) (5) and applied a more stringent (P < 1 × 10−7) statistical significance threshold to account for multiple testing. We did not observe any association with intakes of folate or vitamin B-12 that had a P value < 1 × 10−6, and none of our signals would have been declared statistically significant using a false discovery rate–adjusted P < 0.05 as applied by Mandaviya et al. Although our sample size was slightly smaller than that of Mandaviya et al. (n = 5841), their study likely suffered some loss of precision due to the pooling of results from 10 cohorts with 1) no unified calculation of nutrient intakes (FFQs ranging from 78 to 389 items), 2) no standardized normalization of methylation data (Quantile, DASEN, SWAN, BMIQ, and functional normalization were used), and 3) different tertile cutoffs used for analysis across cohorts.

We used 2 strategies to model dietary intakes of one-carbon nutrients: 1) using intakes as continuous measures, thus assuming a linear association between nutrients and DNA methylation; and 2) given that differential methylation could be caused by deficiency or excess of nutrients compared with average intake, comparing the lowest and highest quintiles of intake, respectively, with intake in the middle 3 quintiles, to capture potential nonlinear associations. Similarly to our first approach, Mandaviya et al. analyzed folate and vitamin B-12 intakes using variables taken as continuous or dichotomized into the highest compared with the lowest tertile; results using these 2 approaches were logically similar albeit somewhat more statistically significant using the tertiles. The latter approach was also used by the authors to identify differentially methylated cytosine−guanine (CpG) clusters, using the Comb-P approach to pool P values obtained for neighboring CpG sites.

Using results from the MCCS (dietary intake variable used as continuous or as deficiency and excess), we first attempted replication of the associations the authors reported with folate intake (highest compared with lowest tertile) for 6 CpGs and present the results in Table 1. For the corresponding 18 tests, we only found 1 association with P < 0.05 (cg11832534 in the WRAP73 gene), for which the evidence was relatively weak (P = 0.03). At this CpG, the association between folate intake and DNA methylation was negative, which is contrary to what is commonly hypothesized, and WRAP73 does not have a biological function clearly related to the association under study, as noted by the authors.

The association between meat and fish consumption and bladder cancer risk: a pooled analysis of 11 cohort studies

Adherence to a Western dietary pattern and risk of bladder cancer: A pooled analysis of 13 cohort studies of the Bladder Cancer Epidemiology and Nutritional Determinants international study.

Stay up-to-date with our latest findings. Subscribe to our newsletter.

Stay up-to-date with our latest findings. Subscribe to our newsletter.